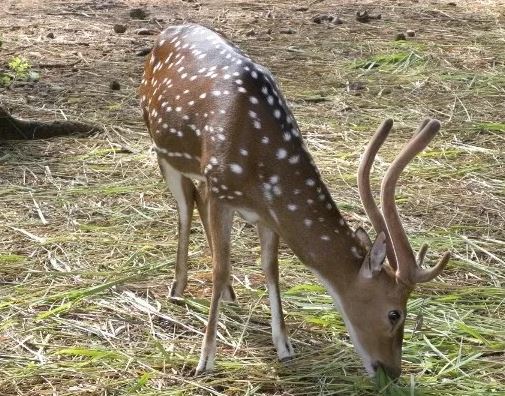 My Dominar 400 and First Ride: It was the time of Dussehra and a long weekend was soon approaching. There was a lot of excitement in the office the day before Dussehra (28th Sep’17), everyone was eagerly looking forward to getting not just the usual two, but three days off. Many of my colleagues asked me if I had any special destination in mind that I planned on riding to on my new bike. I had to tell them that I had no plans this time around as my bike, Monster (which most of you are familiar with, by now) had not even been ridden for 500 kilometers.

Most of them plan to visit Mysore, as Dussehra is celebrated in a very grand manner there. Few plan to visit Shivamogga and then of course, there’s the very famous destination for many others, GOA. In addition to Dussehra holidays, it was also Gandhi Jayanti on 2nd October. This was the first time I didn’t really feel bad that I had to stay at home. I hadn’t made any plans and I decided to treat myself to some good food, television and loads of sleep.

The first day went by with me lazing about the house. The second day went by with me doing just about the same as the first, but also poking my nose around the kitchen and disturbing Amma to see what she decided to make for the day. After two uneventful days, I decided I was done being lazy. I made up my mind to wake up a little early on the third day (and final day I had, away from the everyday routine) and wash my bike that morning.

As decided, I woke up early and washed my bike – made it look as clean as possible 😀 Got me wondering – if I’d shown even a tiny portion of the dedication and passion that I have towards riding to studying, I’d have done wonders, Lol!

A clean wash, photo sessions and me admiring my bike killed half the day.

That was when my family decided to visit a temple called Devarayanadurga.

Devarayanadurga (ದೇವರಾಯನ ದುರ್ಗ) is a place in the Tumkur  district of Karnataka, India. This place is  surrounded by forests and the hilltops are dotted with several other temples, at an altitude of 1204 metres.

My parents said that we could all go together, in a car, finish the ‘darshan’and come back soon. I was really excited that I was finally doing something, getting out of the cozy confines of home but, the very thought of having to travel in the car made my face turn red (more red than it normally is, that is). I thought, “my Monster (Dominar 400) is only 7 days old. How could I possibly leave her behind?”. I wormed my way of going in the car, with the handy help of my acting skills.

These were my lines 😀 “Who will go to Tumkur road during Dussehra holidays ? Half of Bengaluru will be out on the roads and I don’t want to come and waste my time in traffic” After a certain amount of argument, my parents asked me to stay at home and left to go to the temple. They packed some food and left home by 3 in the afternoon. Happiness reloaded! Soon as they left, I rushed to my room and  got my riding jacket, camera, and necessary safety riding gears out. (ATGATT-All of the gears, all the time)

I left from home at 3.30, re-fueled my bike and was enroute Devarayanadurga 🙂 This was the first time I took my  Dominar 400 out for a long ride. She is still very new, with only 330 kilometers to her credit. I was excited but, on the flip side, I was cautious. This thought kept resounding in my head –  “I SHOULD NOT CROSS 4500 RPM” .

I started the journey with “NO TRAFFIC”. Yes, you are reading it right. There was no traffic  –  it was a long weekend and for most of them it was the time to return to Bengaluru. I reached Dabaspet in 45 min, halted for 5 minutes and then I was on my way to DD Hills. As soon as I reached the entrance of the temple, I felt happiness creep in and warm me from the inside. It was my first ride with my Dominar 400 and it was like I wanted it to be – a peaceful, solo ride!

I reached this place well before my parents reached and was ready for the 2nd innings of scoldings. When they saw me there, they smiled at me saying ” we were sure you will come but, we thought you would take some time”. I didn’t know what to say. I knew that they knew, very well, that I couldn’t stop myself from riding my Monster.

We all went inside the “Lakshmi Narasimha Swamy Temple” and finished ‘darshan’ together. I happened to notice an interesting toy  in one of the stalls outside the temple premises. It was a catapult. I paid Rs.30 and bought one for my niece.

After playing and resting for sometime, my family planned to return to Bengaluru. As soon as the car left, I continued my journey.

DD Hills is also famous for Namada Chilume, a natural water spring. It is believed that Ram along with Sita and Lakshman (from Ramayan, the epic), stayed here during their exile. Ram was looking for water to apply tilak to his forehead. When he could not find any water, he shot an arrow at the rock. The arrow penetrated the rock, the rock cracked and water spurted out. From then on, this place was called Namada Chilume, meaning “Spring of Tilak”.

There is also a fenced area to protect Deer. One can spot herds of deer grazing around.

It was already 6.30 PM and the sun was about to bid goodbye. I started riding back to Bengaluru. It was a good opportunity to test my bike lights in the dark. I entered the Tumkur highway and the entire highway was filled with tons of vehicles. Needless to say, there was a huge traffic jam.

After all the struggle in traffic and blaring horns, I returned home with good memories and the day not wasted entirely in lazing about. Dussehra 2017 will always be remarkable. It encompasses memories of having upgraded to a new bike Dominar 400 and also completing the first solo ride!

Thanks for taking the time out to read this adventure. Your valuable comments are much appreciated.

Lot many more travel stories to be shared with me and my Dominar 400. Stay tuned until I blog about my next travel story. 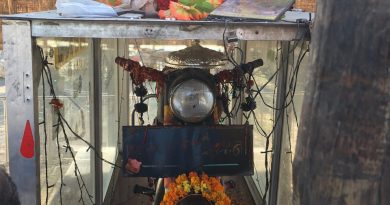 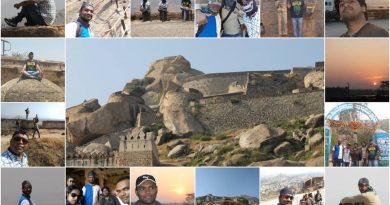 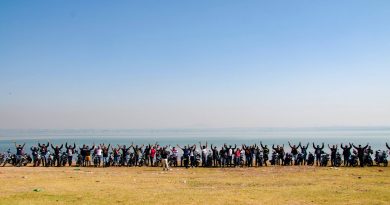 One thought on “First Ride on Dominar 400 to Devarayanadurga Hills”