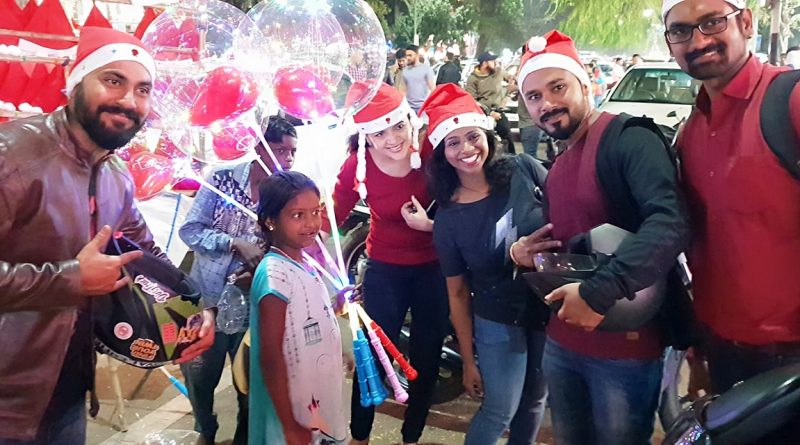 Riders are often known to reach the loneliest and the scariest places to explore different parts of the world . But riders from Road Thrill Pune never gave a second thought when it comes to get into the crowd and offer helping hands. All the RT riders dressed up as Santa were at FC road for all the street kids who believed in fairy tales.

Every kid is often told that a fat guy dressed in red, wearing white and red caps comes to give gifts. So, we as RT family dressed up in white and red, wearing Santa caps were on the streets to distribute chocolates to each and every kid there. The innocent expressions on their faces and the fight to gather maximum chocolates reminded the Santas of their own childhood. The event by RT Pune for bringing happiness and smiles was filled with laughter, chit chats and tummy satisfying dinner. Although we would never recommend (The Peshwa) to anyone but the spicy and the melodious talks overcame everything!

Though the event was for a short span of time, the memories that they gathered were everlasting and the moments spent together was priceless.

Few pictures from the event:

“The greatest joy is the joy of giving to others” 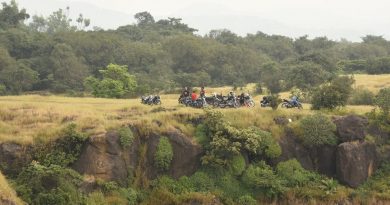 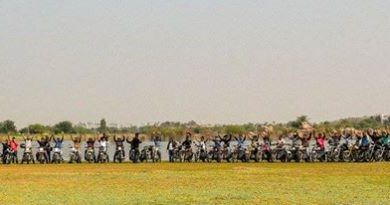 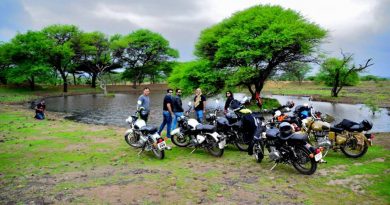